The Tarn is a small lake in Acadia National Park located between Dorr Mountain and Huguenot Head, a shoulder of Champlain Mountain. In his wonderful book Lakes & Ponds of Mt. Desert, William Newlin notes that The Tarn "has become so overgrown with rushes and lilies in recent years as to barely rate the status of lake" not to mention that it's only eight acres in size. While not a body of water that you'd want to kayak on or swim in, the trail on The Tarn's west shore is well worth exploring. Newlin says "due to the laudable trail-building efforts of the Bar Harbor Village Improvement Society, the trail follows carefully laid granite stepping-stones back just a bit behind the boulders. What makes it such a treat is that among the rocks are numerous exquisite natural arrangements of small polybody ferns, mosses, and lichens." I shot the two images below from this trail.

The top image looks east toward Huguenot Head. Just right of center what appears to be a rock slide is a carefully laid trail of stone steps cutting back and forth up the mountain. George B. Dorr designed the trail and supervised its constructions in 1915, 100 years ago! I made the picture using a Canon 5D3 with a Canon 17-40mm lens at 17mm and f/8. The second image is looking north and shows just how little water is actually visible in The Tarn. I shot it with a Canon 70-200mm lens set at 200mm and f/11. The reflections are real, but I took some liberties in post-processing. Can you see what's actually going on? 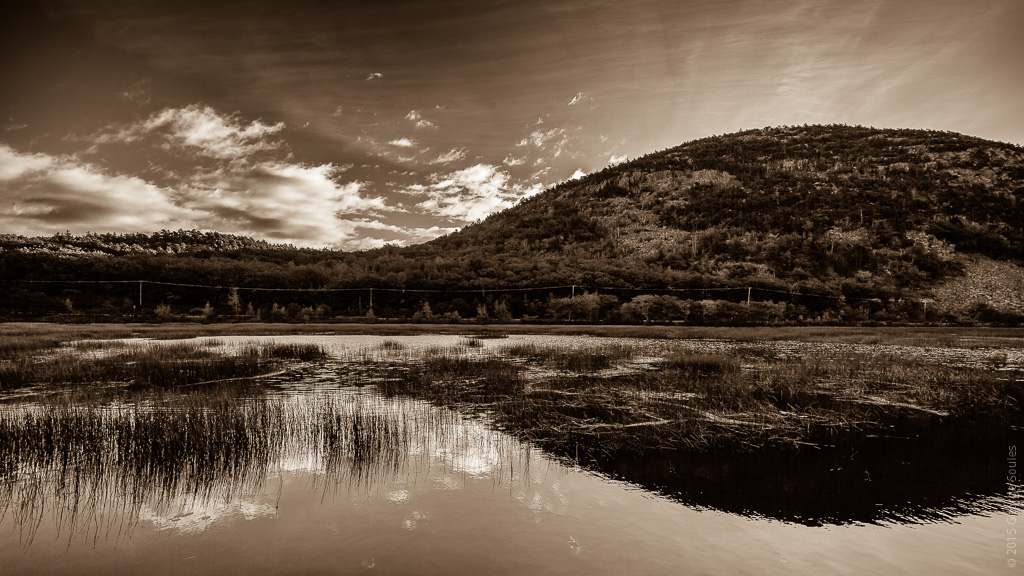 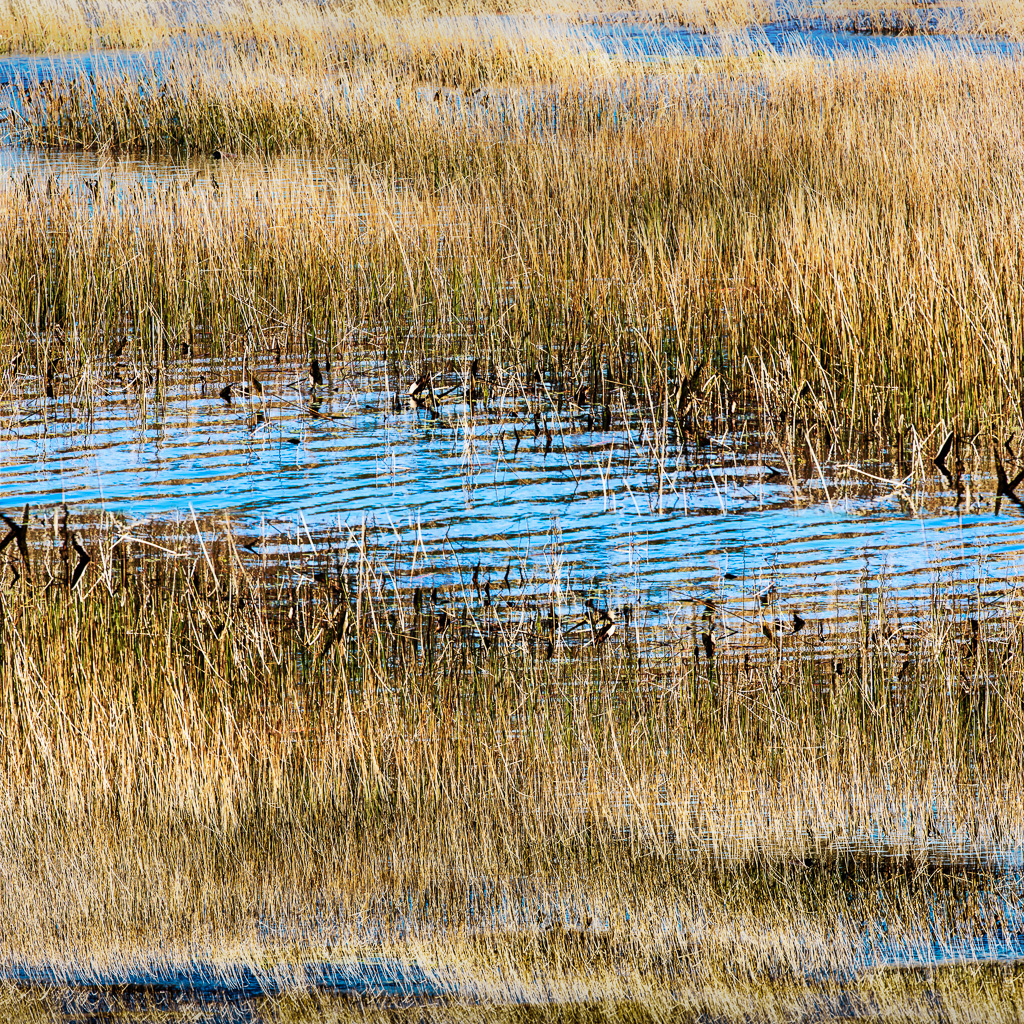