Swan's Island, Maine in December is a cold place. How cold? When we left Bass Harbor to get on the ferry the temperature was 1°F. That's pretty cold. And you have to be pretty crazy to go out on a boat in the ocean in that kind of weather. But my friend Howie was on a mission to scout out locations for a photo project he is working on and he asked Janice and I, along with his delightful wife Brenda, to come along (that's Howie taking a picture in the large image below). Fortunately there was no wind, and we had the car to keep us warm whenever we needed to thaw out. Hopefully the images below will give you a sense of what the ferry ride was like on the Captain Henry Lee. That mist rising from the ocean is called sea smoke. It forms when very cold air moves over warmer water. While on the island we visited the quarry which had frozen over with ice so smooth in the middle that it looked like still water. At the lighthouse, Joe, an island resident and keeper of the keys, treated us to a private tour. He showed us around the house itself and also let us climb up to the top of the tower. Was it worth risking frostbite to get these shots? Absolutely! 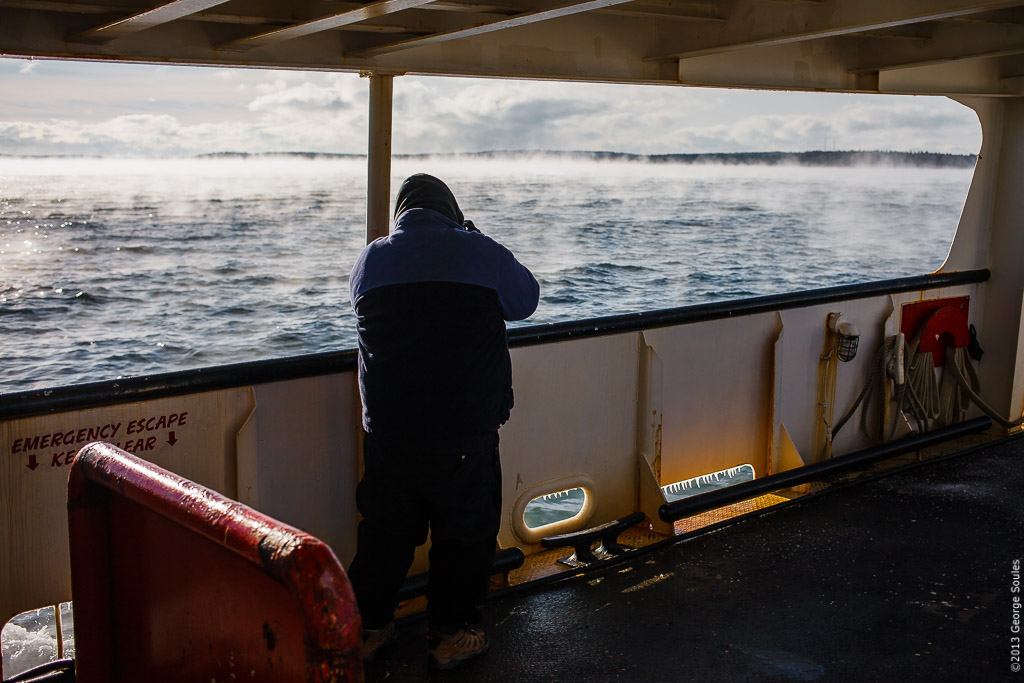