Mount Desert Island is located on the coast of Maine, about five hours by car driving north from Boston. The most well known attraction is Acadia National Park which welcomes more than two million visitors each year. Nearly all of them come in July, August, and September. In Winter, most people you see live here year round. In summer the island is magical. In winter it is breathtaking, especially when the mountains, villages, and harbors are covered with snow. It's also dammed cold. Not so much temperature-wise, at least not like it gets cold in Vermont where the thermometer can easily go down to -20° F and below, but bone chilling Maine cold. There's something about the sea air and being on the water that makes temperatures in the teens feel like sub-zero. And it seems there's always a breeze, or wind to make it feel colder still. Enough. You get the point. It's cold here. Hopefully that comes across in these pictures which I shot in Seawall, Bass Harbor, Bernard, and Manset. 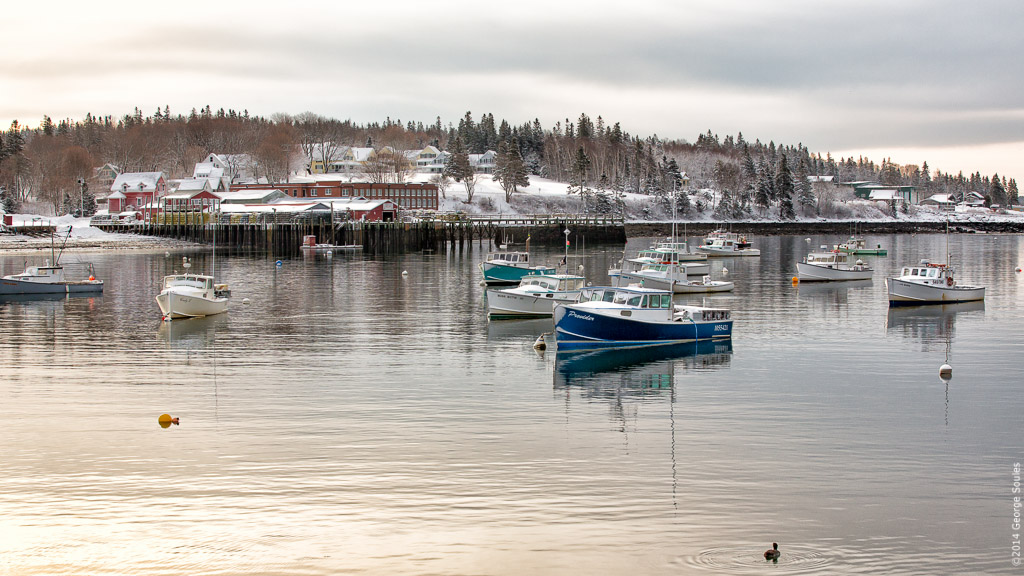