Mount Desert Island has more than 50 miles of carriage roads, most of them located in Acadia National Park. The five mile loop that we snowshoed on this morning is on private land that the Rockefeller's generously allow the public to use. From our house in Southwest Harbor, we drove 20 minutes to get to the parking area which, amazingly, was plowed. The temperature was in the mid teens, but warmed to the low twenties during our excursion of about three hours. It had just snowed the day before and the conditions were perfect. On this Monday morning we should have been at our desks, but we decided to adopt Vermont's "powder rule" which allows people to blow off work when the skiing will be awesome. The highlight of this trek was seeing the Cobblestone Bride decorated with snow. Built in 1917 by John D. Rockefeller Jr., it spans Jordan Stream and it's the only bridge in the carriage road system (there are 17 altogether) that does not have a cut stone face. Unlike any snowshoe trail I've been on in Vermont, this one ended at the beach. And that's what makes Mount Desert Island so special. Where else can you travel through woods and mountains and still see the ocean and hear seagulls? 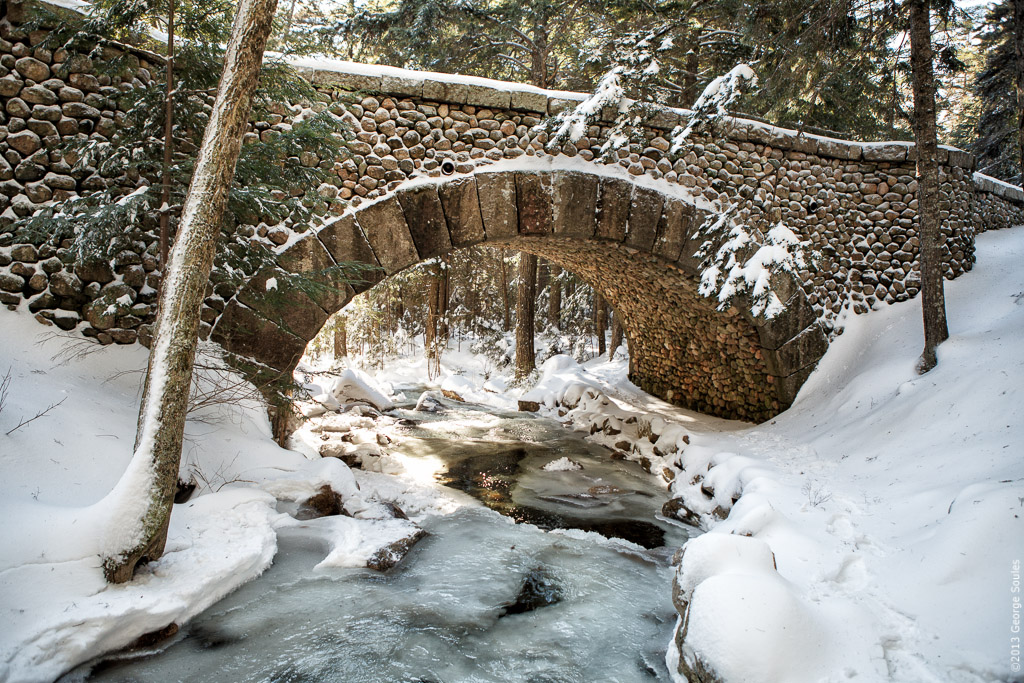