Starr Ferris is an actress and model from Elsworth, Maine. She and I collaborated on two photo shoots earlier this month. The goal was to create a variety of images using various lighting techniques. I shot all the images below using either Canon 600EX small flash or Paul C. Buff (PCB) Einstein studio strobes. Our "studio" was a huge room that I rented in the local community center. The last four thumbnails give an idea of what the space looks like and show the paper backdrop I set up for many of the shots. For lighting modifiers I used small soft boxes (Lumiquest and Lastolite), beauty dishes (with and without a grid), and parabolic umbrellas (PCB 86" and 64"). Working with an experienced model makes the photographer's job so much easier. I told Starr what I had in mind for each setup and she came back with one great pose after another. Thanks Starr -- it was great working with you! 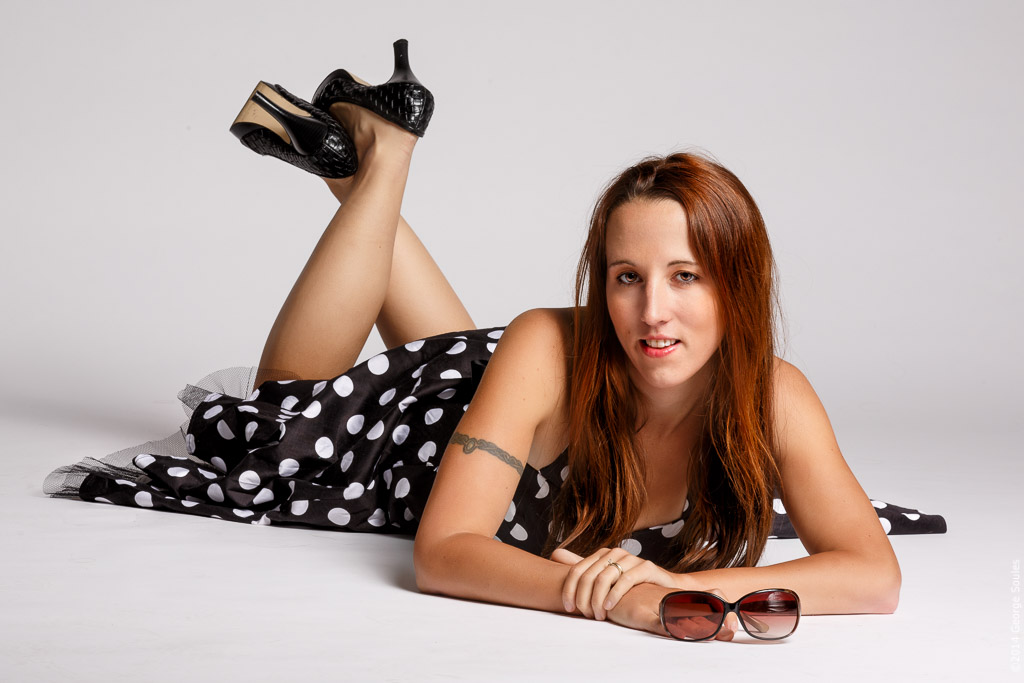