The Bangor State Fair is an agricultural and recreational gathering of the population of the Greater Bangor Area and the entire state of Maine. It lasts for 10 days and typically draws between 60,000 and 70,000 people. According to the Bangor Daily News, this was the fair's 166th year which makes it one of the oldest state fairs in the country.

Janice, Emma and I spent the day there enjoying the events, petting the animals, and watching the people. I took two lenses to accompany my Canon 5D2 camera: an 18mm f/2.8 pancake and a 135mm f/2 portrait lens. I knew at the outset that I wanted the images to be in Black & White so I put the camera into monochrome mode so I would see B&W on the LCD screen. In this mode, the camera still captures full color RAW images which I post-processed later in Photoshop using Nik Silver Efex Pro.

The young women in the large photo below appears to be shooting a selfie, but I'm not certain. In another frame that captures her, she is clearly texting. Apparently she doesn't suffer from motion sickness! 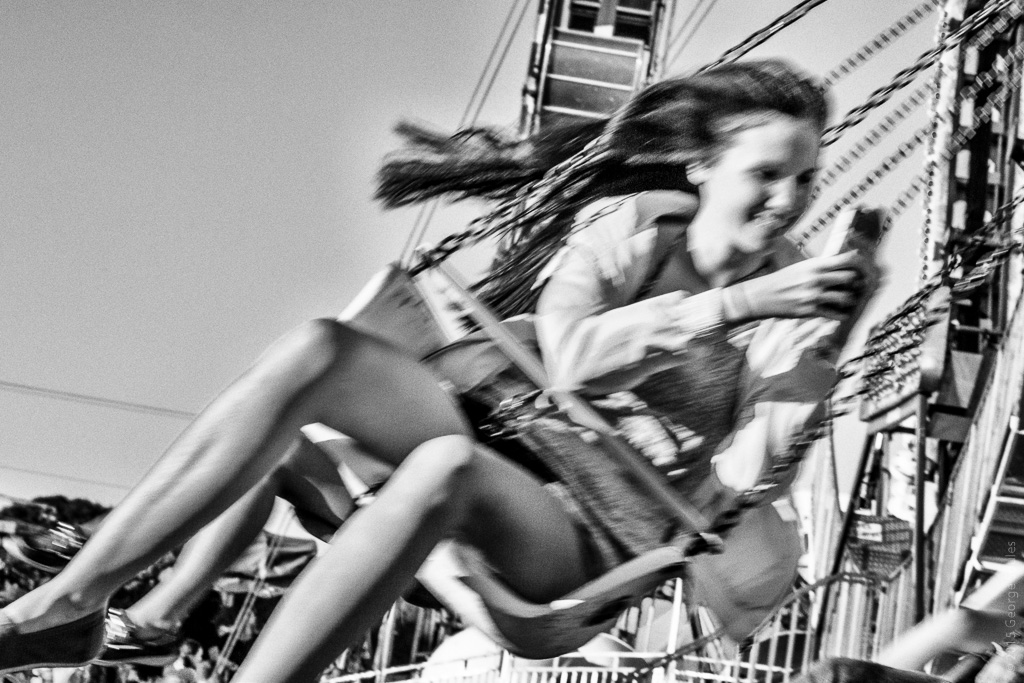