Acadia National Park is a hiker's paradise. With more than 20 peaks to climb and some 125 miles of hiking trails ranging in difficulty from easy to difficult, there is something for everybody. In winter even the easiest trail can be dangerous when covered with ice. Today's hike with Janice and Emma was less than three miles long, but it was probably the most challenging one we've been on since moving here in September. Don't let the sunny, blue sky day fool you. It was cold, windy, and parts of this trail were both very steep and very icy. The worst section was the dip in the Bald Peak Trail where you descend from Bald Peak in order to ascend Parkman Mountain. Had I been in the lead, I probably would have turned back, but Emma managed to pick her way down to safety and guide Janice and I along after her. Of course we couldn't have made this trek without crampons, but even with spikes on our feet we had to be extremely careful. The last photo below shows a wall of ice covering a steep section of the Parkman Mountain Trail on the descent from the summit. We had to bushwhack around it since traversing the ice here was not an option. This trail was fun and the views were spectacular, but if you attempt it in winter, be prepared and be careful. 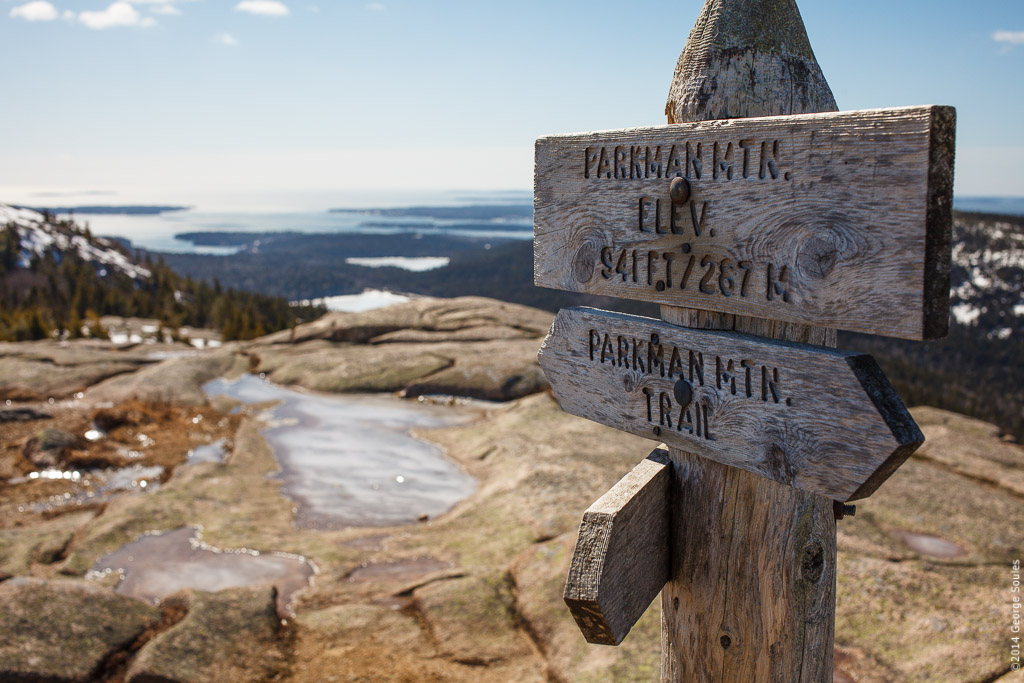