The 39th annual Common Ground Country Fair was held September 25-27 in Unity, Maine. Janice and I attended on Friday and Saturday, our first time ever. Two full days was just about enough time to see everything that was happening on the 40+ acre fair grounds. Some 60,000 people take part in the fair which celebrates rural and sustainable living in Maine. The photos here give just a taste of what goes on at this must-attend event. The highlight for us was meeting Ben & Jerry who were there incognito promoting The Stampede, a grass-roots effort to get big money out of politics. We recognized them from 23 years living in Vermont where they are living legends. They not only obliged us with a photo (last image below) they even made a short iPhone video to say hello to our daughter Emma who gave tours of the ice cream factory in Waterbury, Vermont for four years. If you look closely at our group photo, you'll see that I'm wearing a Bernie button as is Ben but his is obscured because he's hugging Janice. The first thing we said to each other was "nice button!"

I actually met and talked with Bernie Sanders one day while standing on a pile of grass seeds. That was back in the 1990's at a free Ben & Jerry's concert at Sugarbush Ski Resort in Warren, Vermont near where we lived at the time. To promote awareness of how much money our nation spends on the military, Ben & Jerry trucked in a billion seeds of grass and dumped them at the foot of the stage in a huge pile. You know how tiny grass seeds are, right? Well a billion fills a tractor trailer, and man, I've never forgotten that image. It was a political statement for sure, but they made it fun by bringing along thousands of empty ice cream pints to let people scoop up seeds to take home, that is after the kids, and adults, played in the pile all afternoon. Some people think that Ben & Jerry sold out when their company was taken over by Unilever, but the truth is they didn't want to sell, but because it was a public company then, they had no choice. Today both Ben and Jerry are devoted to social causes as is evidenced by their spending three days at the Common Ground Fair where few people even recognized them. They were just two guys, childhood friends, manning a booth and trying to make a difference. 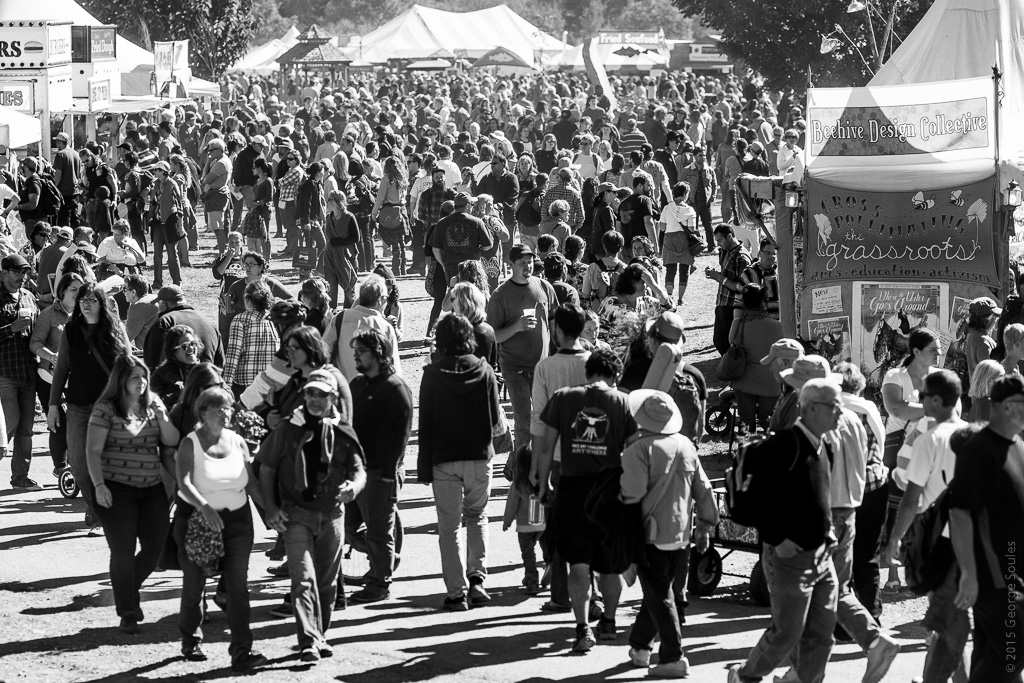